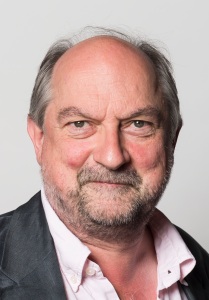 Many congratulations from the journal to Professor Justin Dillon for being appointed the next President of the National Association for Environmental Education (NAEE).

Readers of the journal will know Justin has been with Environmental Education Research since the early days. He maintains a variety of roles, from contributor and erstwhile referee, to longstanding editorial board member. He is currently an associate editor, and in addition to that position during the first half of this year, is acting as joint editor-in-chief while the lead editor is on sabbatical.

Justin’s service to the fields of practice and research are simply immense and far reaching. Three short cuts to this are the recognition he received through the Outstanding Contributions to Research in Environmental Education Award at NAAEE in 2013, the recent publication of his collected works on the convergence of science and environmental education, and as joint editor of the 4 volume reference text, Major Works of Environmental Education.

Unlike some other recent presidential incumbents (like a certain someone in the USA), we have every confidence Justin will not only be able to juggle his ongoing work commitments at University of Bristol and in other places, but most crucially, help champion and advance the field of environmental education in the UK and elsewhere, working with a wide range of practitioners, researchers, policy-makers, and others.

Collaborating and advocating to ensure that a better situation for education, environment and environmental education is sustained during this generation and inherited for ensuing ones is a common goal in this field – rather than their flip sides – so let’s make sure this particular president has the support and critical friends needed to achieve such outcomes …

One thought on “Prof Justin Dillon appointed President of NAEE ”